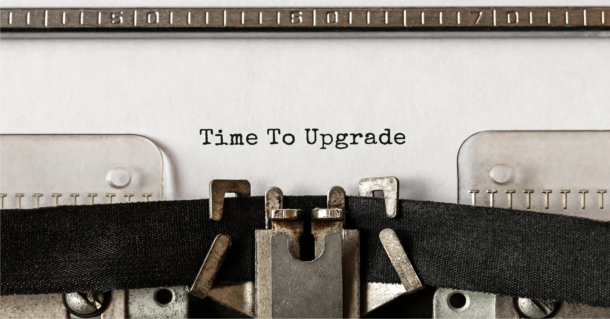 “In the midst of every crisis, lies great opportunity”

There’s no doubt that today we face a crisis. In a matter of months, our lives have been turned upside down by a virus. Not the computer kind that we’ve been accustomed to fending off for decades, but a real one: COVID-19. In America alone, at the time of writing the virus has infected over a million Americans and killed more than 60,000. Without a cure or a vaccine, the virus marches on unchecked. Our only defense has been social distancing, shutting down communities and with it large parts of the economy. Despite efforts to limit the impact, the ripple effects of the virus have been far-reaching. In the past 6 weeks 30 Million Americans filed for jobless claims; a shock to the economy with no precedent in recent history. 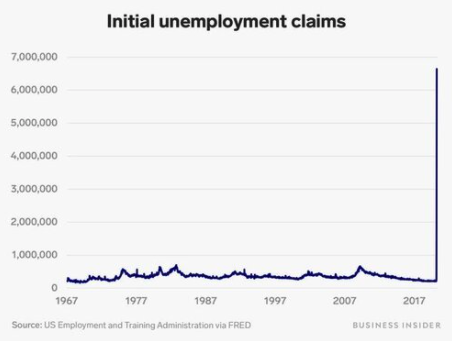 While there is no doubt that we’re facing a crisis, the magnitude of the moment places a responsibility on all of us to make something better because of it. What if we have an opportunity to emerge from this moment stronger than ever before? What if instead of waiting this out, America embarked on a massive project to modernize the skills of its workforce: The Great American Reskill. A project to rival FDR’s New Deal, one that would leave a lasting mark on the American workforce and ensure our economic hegemony for decades to come. What if…?

Any way you slice it, this global pandemic has reached crisis proportions – America faces a health crisis, an economic crisis and a crisis of inequity. Americans find themselves out of work and stuck at home, companies across the country who just weeks ago were battling desperately for talent are now grappling with the implications of being overstaffed, and states and the federal government are facing a tsunami of benefits claims, and the prospect of a hard and slow climb out of the chasm the nation has just fallen in.

Faced with the enormity of the issue, politicians who have been mired in partisan gridlock for years, have managed to come together to approve nearly $3 Trillion of aid for citizens and businesses. To put that number into context the entire cost of 2018-19 federal spending was $4.4 Trillion, and the war on terror since 9/11 has cost American taxpayers $6.4 Trillion. While aid package numbers are staggering in their enormity, there will be billions more spent still in an effort to resuscitate the economy.

While most of our leaders in business and government are still squarely in survival mode, it’s worth remembering an old Winston Churchill edict to “Never waste a good crisis”. Can the silver lining of the coronavirus be that we emerge from this better than when we went into lockdown? Conversely, wouldn’t it be a travesty if we squandered the opportunity to drive positive and lasting change?

Keynesian economics suggests that the best way out of an economic slump is fiscal stimulus and after America’s strong recovery from the great recession, compared to our austere friends across the pond, the Keynesians are riding high. But how we spend our money matters too, because with spending there will be debt, and debt needs to be repaid.

There is good debt and bad debt, like mortgage debt and gambling debt. A simple rule is if it increases your net worth, or has future value, it’s good debt.

One form of good debt would be to invest in the skills of the American worker. With the latest 30 Million Americans filing for unemployment in the past 6 weeks, added to the 7 Million unemployed before the crisis, 37 Million working-age Americans are now out of work. That’s an unemployment rate above 20%. You would have to go a long way back in American history to find a moment as severe. In fact, the last time was in 1934 as FDR’s New Deal was just beginning to reduce the impact of the Great Depression. It wouldn’t be until after World War II that the nation experienced a full recovery.

dominated the global economy, buoyed by the

most skilled workforce in the world.

In WWII America turned all its manufacturing and military might toward defeating the Axis powers. The country retooled, rallied together, and emerged from the fight as the most powerful and productive economy on earth. For decades following WWII America dominated the global economy, buoyed by the most skilled workforce in the world.

We face a different kind of enemy today, one that requires us to shelter in place. If the pandemic crisis has proven anything, it is how dependent we are on technology. Technology has enabled businesses to keep functioning, and has kept us connected even while we are apart. While the unemployment numbers are staggering, the effects of the crisis have been far from even: Oxford Economics projects nearly 13 Million hotel, restaurant and retail jobs will be lost in April to the crisis, they also projected that the effect on the technology workforce would be drastically different, with less than one hundred thousand IT jobs lost. Skills in IT have proven to be among the most resilient in the economy today.

Before the crisis the Bureau of Labor Statistics was projecting that by 2023 we would have 1.3 Million openings for IT workers in the country. As the economy recovers from the impact of social distancing, the need for digital skills in the US labor force has become even more evident. Corporations, who were driving the demand for digital skills before the crisis, have been stunned by their own vulnerabilities. Events of the past few weeks will be a powerful catalyst for greater automation and more robust digital capabilities as companies seek to build greater resiliency for the future.

This crisis stands as both a challenge and an opportunity for America’s CEO’s who just a year ago stood together as part of the Business Roundtable to revise their statement of purpose away from solely “shareholder primacy” and towards the broader benefit of “all stakeholders – customers, employees, suppliers, communities and shareholders”. The crisis we face today offers the American business community the opportunity to put action behind those words and stand by it’s employees. By reskilling and redeploying workers into technology roles, companies can do good and do well – they can build greater resilience by expanding their digital capabilities and live up to their commitments to employees and communities, all while playing a key role in the nation’s economic recovery.

“Cultivating and redeploying talent as rapidly

as possible should be the primary economic

Government must also play a driving role in transforming the American workforce. As we look ahead, it’s digital skills above all others that America needs to maintain its economic dominance. An easy place to start is through supporting corporations as they invest in employee reskilling. Hundreds of billions of dollars are already being distributed through the Payroll Protection Program in an effort to keep Americans on payrolls and off unemployment. But how can the government go a step further and encourage companies to retrain their underutilized workforce at the same time?

Michelle Weise, Chief Innovation Officer at Strada Education Network, argues that for governments, “Cultivating and redeploying talent as rapidly as possible should be the primary economic development strategy.” Whether partnering with companies to reskill and redeploy workers, or by helping the growing rosters of the unemployed upgrade their skills for a modern economy, governments are in a unique position to steward resources – not only as a band-aid to the crisis, but as a cure for societal inequity and as a solution for global and regional competitiveness. The idea of workforce as a competitive advantage was highlighted when Amazon shopped broadly for it’s HQ2 – while nearly 238 cities and regions bid for the opportunity, for all the incentives offered, the decision ultimately came down to the availability of technology talent. Regions who were losing out to the nation’s emerging tech hubs before the crisis now have the opportunity to reset though bold workforce initiatives.

We can either be frozen by fear, desperately

hoping that somehow we can rediscover

normality on the other side of this, or we can

be courageous in capturing the opportunity to

Regardless of the actions of the government or the nation’s corporations, individuals are still empowered to take action of their own. Americans are faced with a choice – to wait and hope that with the passing of the crisis their old jobs might be restored, or to use the time to reinvent themselves for a different world ahead. We can either be frozen by fear, desperately hoping that somehow we can rediscover normality on the other side of this, or we can be courageous in capturing the opportunity to transform and advance.

This crisis will end and we will emerge and recover. We just don’t know yet if it will be months or years. Time will tell if we wasted this crisis, but for individuals, businesses and our government, we must make a choice today: Who do we want to be and what do we want to look like on the other side of this? As the virus ebbs and society and the economy returns from a forced hibernation, will we emerge into the sunlight squinting, translucent and emaciated? Or, will we explode out of the gates, fit, healthy and ready for the future?