Is the Coding Bootcamp Bubble about to Burst?

Some big news is going down in the coding bootcamp industry. Within a little over a week, two of the biggest names in the space have announced their closure. Last week Dev Bootcamp announced it will be shuttering it’s campuses at the end of the year, and this week Iron Yard announced that the current class will be its last. Shockwaves are being felt throughout the coding bootcamp industry. 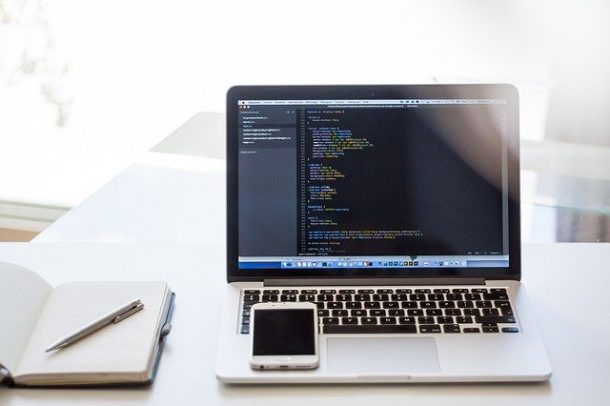 Dev Bootcamp, founded in 2012, is widely recognized for creating this new form of education: certificate programs launching students into lucrative tech careers with just weeks of training. Over 5 years Dev Bootcamp grew to 6 locations and graduated over 2700 students. Kaplan acquired Dev Bootcamp in 2014 but according to public statements, ultimately were “unable to establish a sustainable business model”.

For bootcamp founders like myself, it’s hard to see a pioneering organization like Dev Bootcamp throw in the towel. Shareef Bishay founded the program after he had successfully coached a friend into a paid position as a web developer. Operating from the inside of the tech field Bishay believed that society was full of people who had the cognitive capacity to function in his profession. In the process of coaching his friend, Bishay had an epiphany: we don’t have to rely solely on our existing educational institutions for developing developers: there can be a better way. That was the genesis of a new industry, a disruptive force in education.

The Iron Yard wasn’t a pioneer but it was a lightening-fast follower. In 4 years they grew to 21 locations along the way taking in an eight figure investment from Apollo Education, the owners of the University of Phoenix. Earlier this year they announced that they were scaling back to 15 locations and this week they announced they were taking themselves completely out of the game.

“How can you learn what has traditionally been taught in 4 years in a matter of weeks?!”

Many have been incredulous about the rise of coding bootcamps. “How can you learn what has traditionally been taught in 4 years in a matter of weeks?!” they say. Since the beginning there have been naysayers, and the news of Dev Bootcamp, and now The Iron Yard, will only add to their tenor. But the need for developers in this rapidly digitizing world is not going away. It’s not just tech companies that need these workers, today every company is a technology company.

The industry has proven to be a remarkably effective and rapid solution for a crisis our economy is facing around tech talent.

Coding bootcamps have been able to quickly scale to bring more entry level programmers into the workforce. With a trickle of students graduating in 2012, that’s grown to a healthy flow. Course Report estimates close to 23,000 students will graduate from bootcamp programs in 2017. Employers are overwhelmingly embracing the model. Indeed surveyed 1000 employers and found that 72% had hired from bootcamps and nearly all of them said they would do it again. The industry has offered an educational solution that has demonstrated impressive ROI for its students, brought much needed diversity into the field of technology, and has proven to be a remarkably effective and rapid solution for a crisis our economy is facing around tech talent. It has done this with almost no government assistance because the solution aligns with the interests of its stakeholders so well.

Every disruptive force sees periods of expansion and consolidation.

Before we get overtaken by the idea of the impending burst of the coding bootcamp bubble, remember that every disruptive force sees periods of expansion and consolidation. The coding bootcamp industry has grown from a handful of players in 2012 to 94 individual players in the US today. It’s reminiscent of the automotive industry which began in the 1890’s and soon had over a hundred manufacturers fiercely competing. It’s worth noting that at the time there was still healthy skepticism about whether the dominant position of the horse and cart could be challenged.

Transportation then wasn’t living up to it’s potential in the same way that higher education is failing to do so today. Although the outlook for college graduates is improving as the economy slowly recovers, only recently it was reported that close to half of recent college grads were working in jobs that did not require a college degree. Jeff Weiner, CEO of LinkedIn, argues that  it’s Skills not Degrees, that matter most in today’s economy. With over 5 million open jobs in the US economy employers point to a lack of skills for the positions going unfilled. Today, a skills-based education deserves a greater place than ever in our system.

This is a fast moving, dynamic and unforgiving market.

As with the early days of the auto industry, there are no guaranteed seats at the table for all of the players. This is a fast moving, dynamic and unforgiving market. Dev Bootcamp and The Iron Yard are not the first to shutter and they won’t be the last. They are notable because of their scale and brand awareness. We’ve already seen smaller operations close and in other cases merge, likely seeking sustainability at scale. Bootcamps like Coding Dojo and General Assembly have had to retrench by reducing headcount.

Rather than impending signs of a bubble about to burst, these are just signs of a disruptive force in education experiencing growing pains as it adapts to find an optimal business model. The game has changed significantly in the five years since Dev Bootcamp launched and there is ever-greater pressure on bootcamp operators to produce a quality product because with increased output employers are gaining more options from which to choose. In an industry where placement outcomes are everything, and transparency and consistency of reporting is a huge and growing focus, the weaker players are going to fail. It’s a process of natural selection that is ultimately good for students, and for employers.

The bootcamps that are disciplined in who they accept into their programs, the ones that make the investment in hiring experienced and high quality instructors, and build high quality and relevant curriculum are going to produce a product that will keep the employers coming back for more; In turn those will be the bootcamps that survive and thrive. Quality players in the industry recognized early how important it was to support students beyond ac

ademics with career services and connections to employers. When we founded Tech Elevator, we were the 69th operator to enter the market. We knew from day one that job placement support was going to be just as important as teaching the technical skills that made our students relevant for job opportunities.

The other thing that we risk forgetting as we expand as an industry and bring in investment capital to drive growth and market share, is that we are still in the people business, and that is a messy business to be in. The hallmarks of typical venture-backed tech startups: “repeatability” and “scalability” are challenged by the fact that we are in the business of education and a great education happens when great teachers pair with motivated students. Great teachers are hard to find and reputations in education take time to establish. It takes hard work and dedication, not money, to succeed.

So what does this mean for the industry? For students and employers?

The demise of these two well-known programs is a reminder to all of us that we cannot rest. We must constantly ask ourselves how we can improve, individually, and collectively as a new industry. The players that are in the business for the long term, for the right reasons, who hire passionate people who are motivated to help students change their lives, and who focus first on quality have the best chance to survive and thrive. High quality players still have a period of heavy competition to navigate, hopefully most will survive but sadly there will still be casualties along the way.

Today, almost every major US city hosts multiple coding bootcamps. While in the early days of the industry the “shoppers” of training options and sources of talent had a simpler choice, today the onus is on prospective students and companies to do their research.  Whether you are choosing to spend $10-15k to acquire skills that lead to a tech career, or making a major hiring decision, those who focus on identifying the quality players will see the greatest return on their investment.

We should all be grateful to the founders of Dev Bootcamp for creating an industry that is changing people’s lives, spreading greater digital literacy among our workforce and fueling new sources of tech talent for our economy. I am personally grateful for them paving the way for the founding of my own company, Tech Elevator. The work is hard, but I couldn’t imagine doing anything more fulfilling than helping motivated people improve their lives by gaining valuable tech skills.

Is the coding bootcamp bubble about to burst? I say no. This is not the end, it’s barely the beginning, so expect more change to come. You can’t make waves without rocking a few boats.