Read along with Tech Elevator Instructor, Andy Chong Sam, as he talks “Binary Data” and the role that it plays in Software Development. 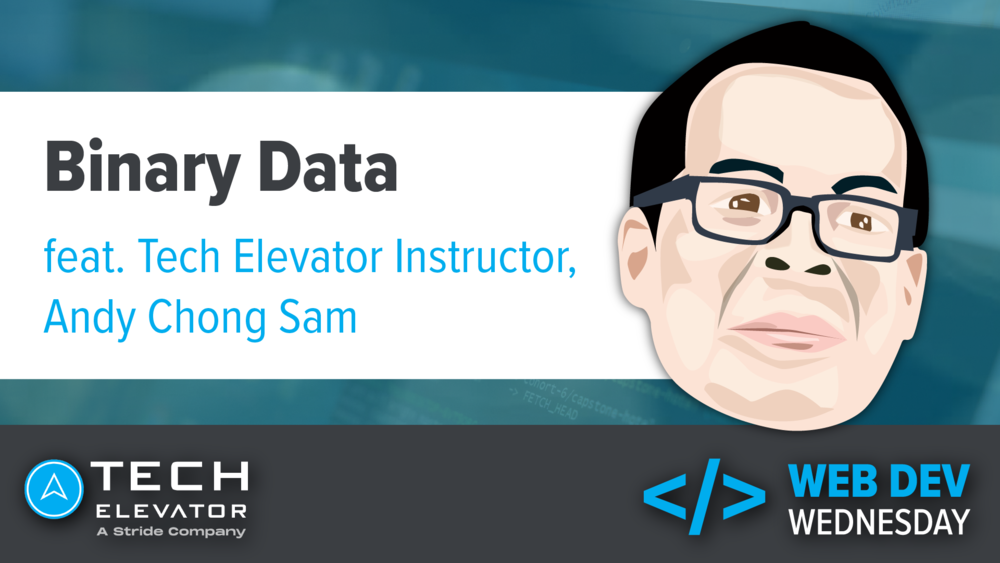 Computers use binary data to store and process information, but what does that mean exactly?

To start, it’s helpful to realize that we live in a decimal world. All the numbers we use daily are decimals – which means that they are based on powers of 10. As a refresher, recall how powers work, if we take any number to the 0th power, we get 1. If we take that number to the 1st power, we get that exact same number, and if we raise a number to the power of 2, we multiply two instances of that number together. Consider what happens when we raise 10 to various powers:

Using the pattern above, any number can be rewritten with powers of 10, consider 6,780:

Instead of a decimal system computers use a binary number system, which means that instead of having ten symbols to work with {0,1,2,3,4,5,6,7,8,9} it only has two symbols at its disposal: 0 and 1.

Let’s consider the binary number 1011101, and see how we can transform this number back into a decimal. We start by first labeling each digit with a place value starting from 0:

We can therefore say that the binary representation of the number 93 is 1011101 !

Ready to take the next step in your career transformation? Take the Tech Elevator Aptitude Test.